The store will not work correctly in the case when cookies are disabled.
Menu
Account
Settings
Currency: GBP - British Pound
Skip to the end of the images gallery 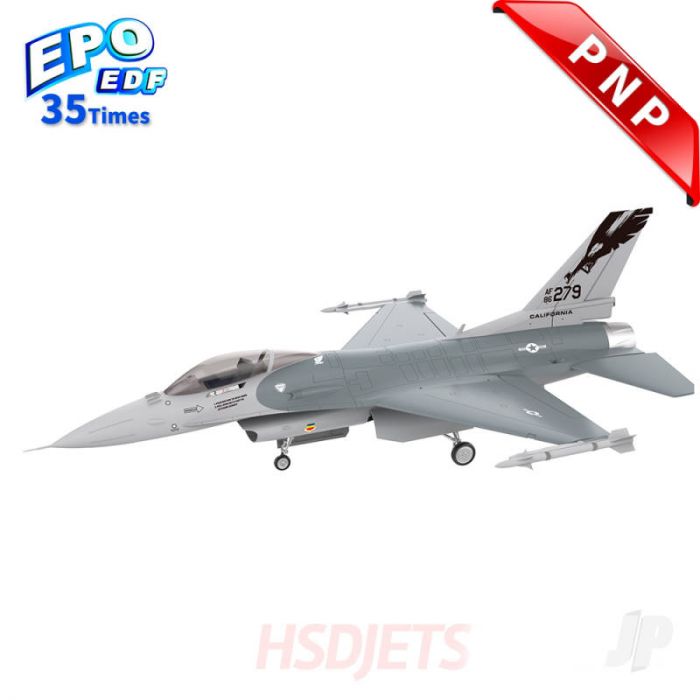 Skip to the beginning of the images gallery
Details

HSD has leaped ahead in the industry with the 105mm F-16, a model worthy of being the best in its class. Its massive high-performance 105mm 11-blade EDF creates an unrivaled turbine-like swoosh that echoes through the skies.

It is professionally designed to balance a simple assembly, scale appearance, quality and high performance. This inspiring model will leave you looking for more after every single flight. It features a complete lighting package with several LEDs, like the nose taxi-light and after-burner simulation ring.

The General Dynamics F-16 Fighting Falcon is a single-engine multirole fighter aircraft originally developed by General Dynamics for the United States Air Force (USAF). Designed as an air superiority day fighter, it evolved into a successful all-weather multirole aircraft. Over 4,600 aircraft have been built since production was approved in 1976. Although no longer being purchased by the U.S. Air Force, improved versions are being built for export customers.

More Information
Reviews
0
Rating:
0% of 100
Reviews
Write Your Own Review
Only registered users can write reviews. Please Sign in or create an account
Product Questions
Customer Questions
No Questions
Please, mind that only logged in users can submit questions
More from Hsd Jets